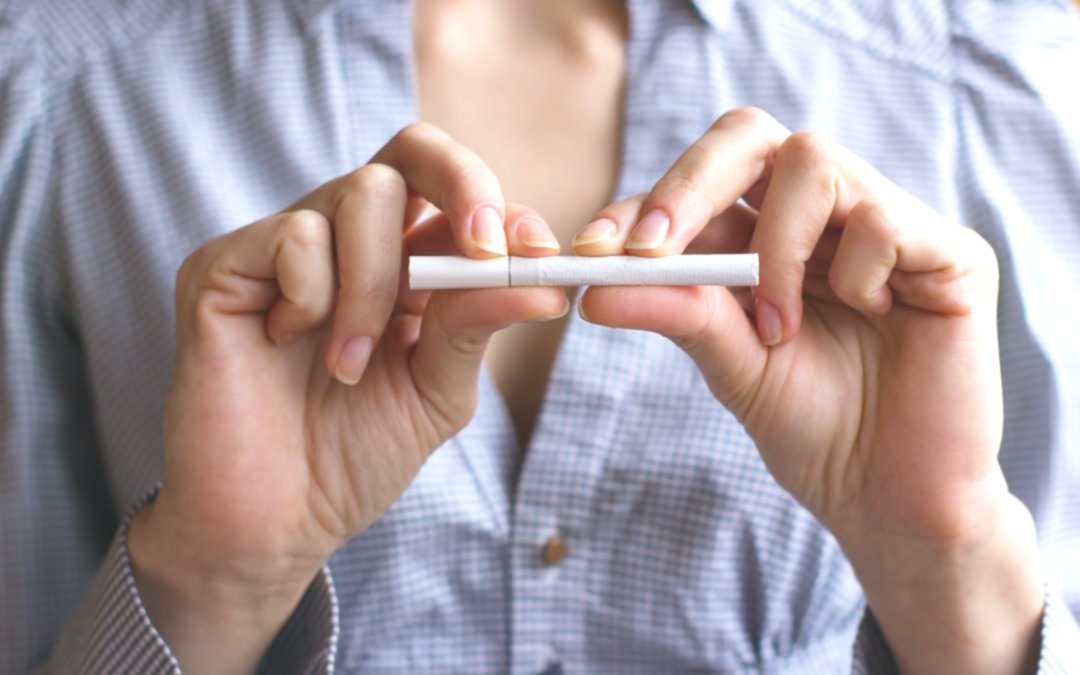 Tobacco continues to be one of the biggest public health problems. According to the figures collected in the  AECC Cancer Observatory , tobacco kills up to half of its consumers. In other words, more than 7 million people a year in the world, of which more than 6 million are direct consumers and around 890,000 are passive smokers.

In Spain, for example, it causes more than 50 thousand deaths and represents 13% of total annual deaths. And, despite the fact that tobacco consumption has been decreasing over the years, almost a quarter of Spaniards say they continue to smoke daily.

In fact, the latest data from the  Survey on Alcohol and other Drugs in Spain  (EDADES), published by the Government Delegation for the National Plan on Drugs, indicate that  25.9% of young people between 15 and 25 are daily tobacco users . These very high figures are similar to those observed in the surveys prior to the application of the anti-smoking laws of 2005 and 2010.

How does tobacco affect your health?

Tobacco smoke is known to contain more than 4,000 chemicals, of which at least 250 are harmful and more than 50 cause cancer.

It is very important to keep in mind that  the cancer most closely related to tobacco is lung cancer , but, in addition, there are around 15 different types of cancer that are also directly related to tobacco use. We are talking, for example, of cancer of the larynx, oropharynx, bladder, pancreas, mouth, esophagus, liver and bile ducts and stomach, among others. To this, cardiovascular diseases and respiratory diseases should also be added.

Therefore, over a period of time, you may not experience any discomfort or ill effects from tobacco use. However, that does not mean that tobacco is not damaging your body.

What does a cigarette contain?

As we were telling you, the smoke from tobacco combustion (cigarettes, cigars, pipes) is made up of highly toxic substances, such as nicotine or carbon monoxide.

Surely you are wondering how each of them affect your body …

Nicotine is responsible for the physical dependence that tobacco produces and  has a series of effects on the body, among which are:

Nicotine, once it enters the blood through the lungs, is rapidly distributed throughout the body. In just seven seconds it reaches the brain, and in 20 it reaches the most distant areas of the lower extremities. There is no other drug that reaches the nervous system so quickly: the maximum effect in the shortest time.

The smoker ingests 1 to 2 mg of nicotine per cigarette. In high doses (40-60 mg) it causes death in a few minutes due to respiratory failure.

Carbon monoxide, or CO, is a toxic gas released by burning tobacco and the paper that surrounds cigarettes. When CO reaches the blood, CO binds to hemoglobin, replacing oxygen . This makes smokers have less oxygen to their organs than non-smokers .

They mainly act on the bronchi and lung. They cause a large amount of mucus that is later difficult to expel, so strong coughing blows are required to remove it (typical smoker’s cough). Irritating agents are responsible for the decreased respiratory capacity of the smoker. Alterations in the defense mechanisms of the lung  favor infections and the appearance of other pathologies.

They are responsible for  the formation of carcinogenic processes in different locations  (lung, larynx, oral cavity, etc.). At least 50 carcinogens have been detected in tobacco components. Among them stands out tar, composed of aromatic amines and nitrosamines.

L os health experts remind us that there is no safe level of exposure to smoke . Today, there is no doubt that passive smokers have (sometimes more frequently than non-smokers) an increased risk of many of the diseases caused by tobacco. As an example, in 2004, environmental tobacco smoke was responsible for 600,000 premature deaths worldwide. 28% were children (UICC).

In addition,  when a woman smokes during pregnancy, she is making the future baby a new involuntary smoker,  since the components of tobacco cross the placenta. These are some alterations that can affect the fetus:

Quit smoking with the AECC

The good news is that more and more smokers want to quit.

Eurobarometer data on tobacco use (June 2015) show that 32% of daily smokers have made at least one attempt to quit smoking in the last 12 months.

In this sense, in the Spanish Association Against Cancer ( AECC ) we continue to offer our support to quit smoking to anyone who needs it, through our professionals and therapeutic help resources, such as our Respiraap mobile application   or  our guide to quit of smoking

CONDITIONS OF USE OF THE SERVICE

The information provided by this means cannot, in any way, replace a direct health care service, nor should it be used for the purpose of establishing a diagnosis, or choosing a treatment in particular cases.
In this service no recommendation will be made, explicitly or implicitly, about drugs, techniques, products, etc … that will be cited for informational purposes only.
The use of this service is carried out under the exclusive responsibility of the users

We use cookies to ensure that we give you the best experience on our website. Continued use of this site indicates that you accept this policy. Read more. Accept